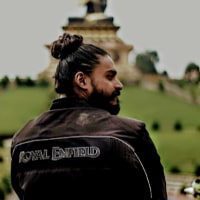 WHEN AUTHORITY DENIES YOU, YOU CREATE YOUR OWN CREW, AND DISCOVER SOMETHING NEW.

Well, imagine a setting like Siliguri. Chilled out people, there's the forests on one direction, and the mountains on the other. So the people are like this. When weekdays tire them out, they get together on the weekends and fuck off somewhere , and detox and chill. Goa vibes yeah? Almost.

So this one weekend , a bunch of us decided that we have had enough of our monotonous day jobs and we needed a fucking break. Since I had already scouted a few intense off beat terrains, I discussed it with the folks, and we decided not to take it too intense. Just a small ride, 200 kms of lush greeneries across Lava , take off our pants and chill a bit in this weird waterfall one of our folks discovered, and we decided to go for it.

Everyone gathered at the spot on time, breifing was done, and we set out, and man , was it beautiful. There was the rhododendron flowers all on the borders, and you could see the Teesta kissing the horizons.

We had our breakfast at Oodlabari , our popular breakfast joint , and set out for the destination, with food in our tummies, and adventure in our veins. Cruising across the winding S turns of Lava gave us the feeling of fresh air, the smell of adventure. We reached the spot , with prior help from some military personnel who showed us a beaten track , off the main road.

Now that was one hell of a road, the kind of roads, where the Himalayan got it's anthem of " All roads, " No roads " from. The NO ROADS did stick better off with the kind of adventure we were plonking on. After we reached the destination , the view was marvellous . The water felt like it was nectar from the heavens above. The water was as chilled as Corona - the beer , not the virus. We stripped off our clothes and had a jolly good time, before we cleaned up the parts where some dumb damned tourists littered and tried to destory the aesthetics. Not only did we feel all good cleaning up the trash and tossing them in the " RE DIRTBAG " ( I coined the term ) , but also we made it a point to do regular cleanups on every damn ride. After it was all said and done, we headed back to Kalimpong, and decided to have our lunch there. We were dead hungry , and once we reached, we hogged our asses to the throat in food. Worth it.
The return was jolly much an After Dark ride. Between the stars and the headlights, we headed back home.
Stopped once or twice for a snack and a mandatory tea. The day was almost over and we were almost home. We bid each other Au Revoir , until the next adventure, where I shall share our experiences with all y'all. Join us sometime. 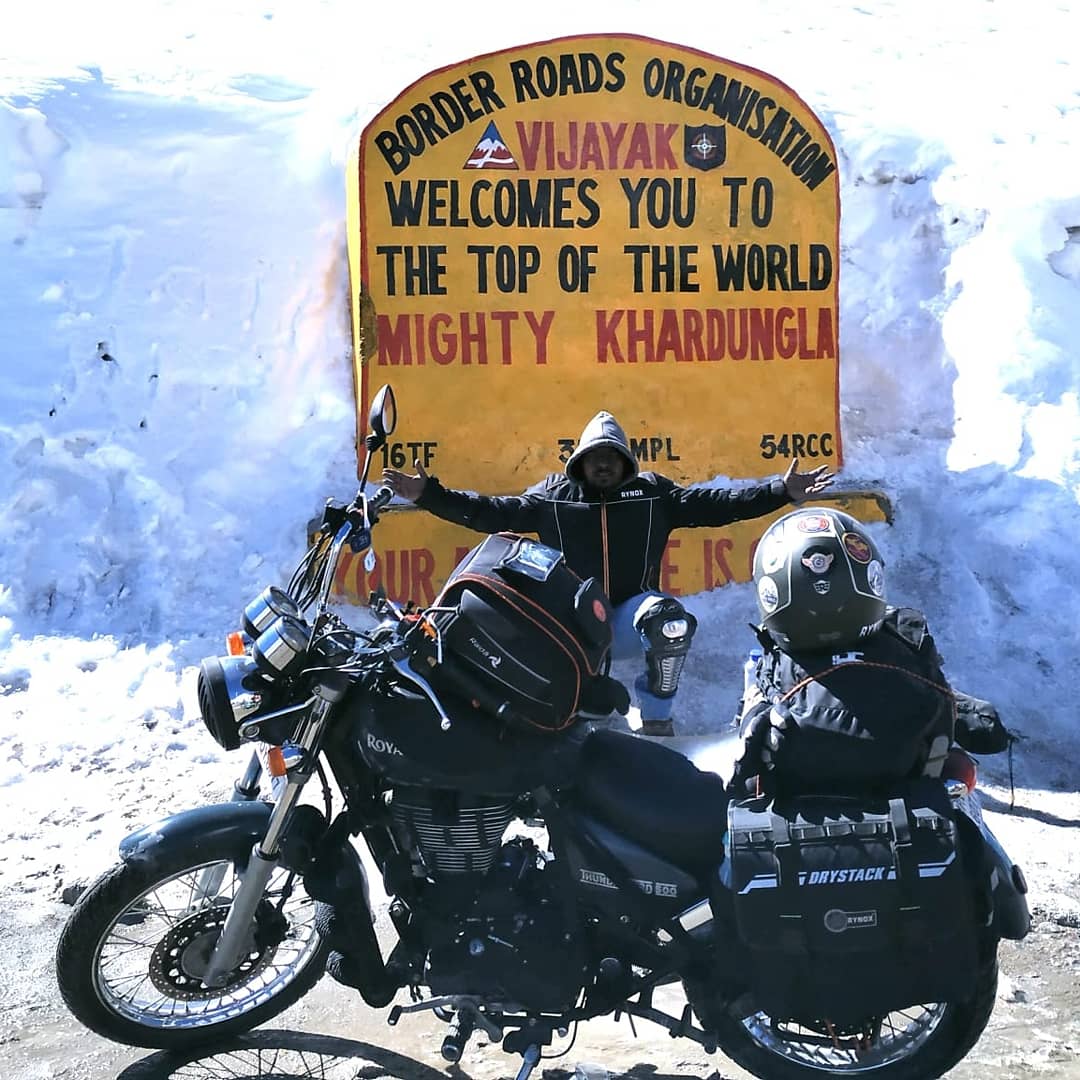 White Out Day 1 - Ride WIth Raj 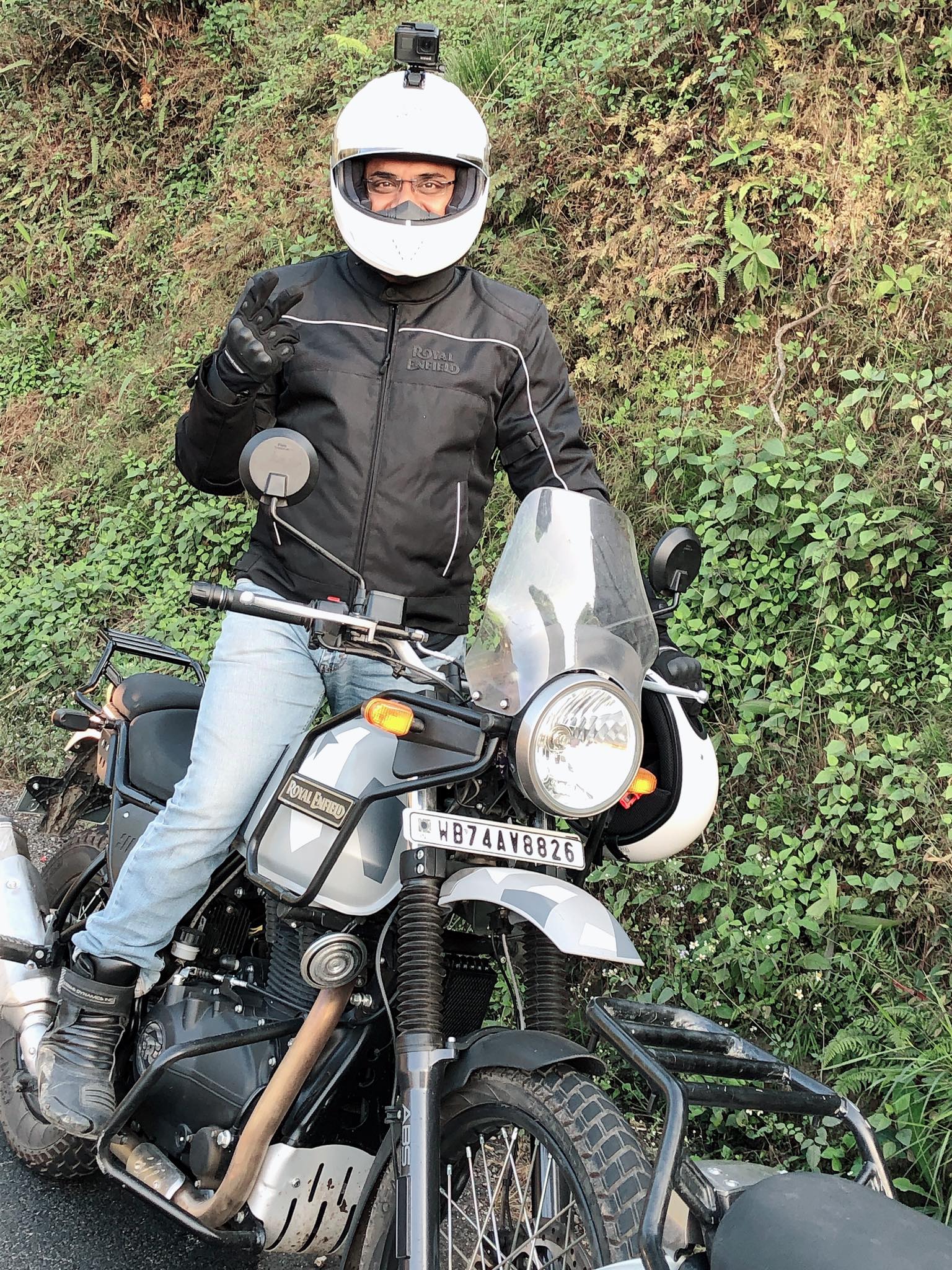 Dirt frenzy on RE Himalayan 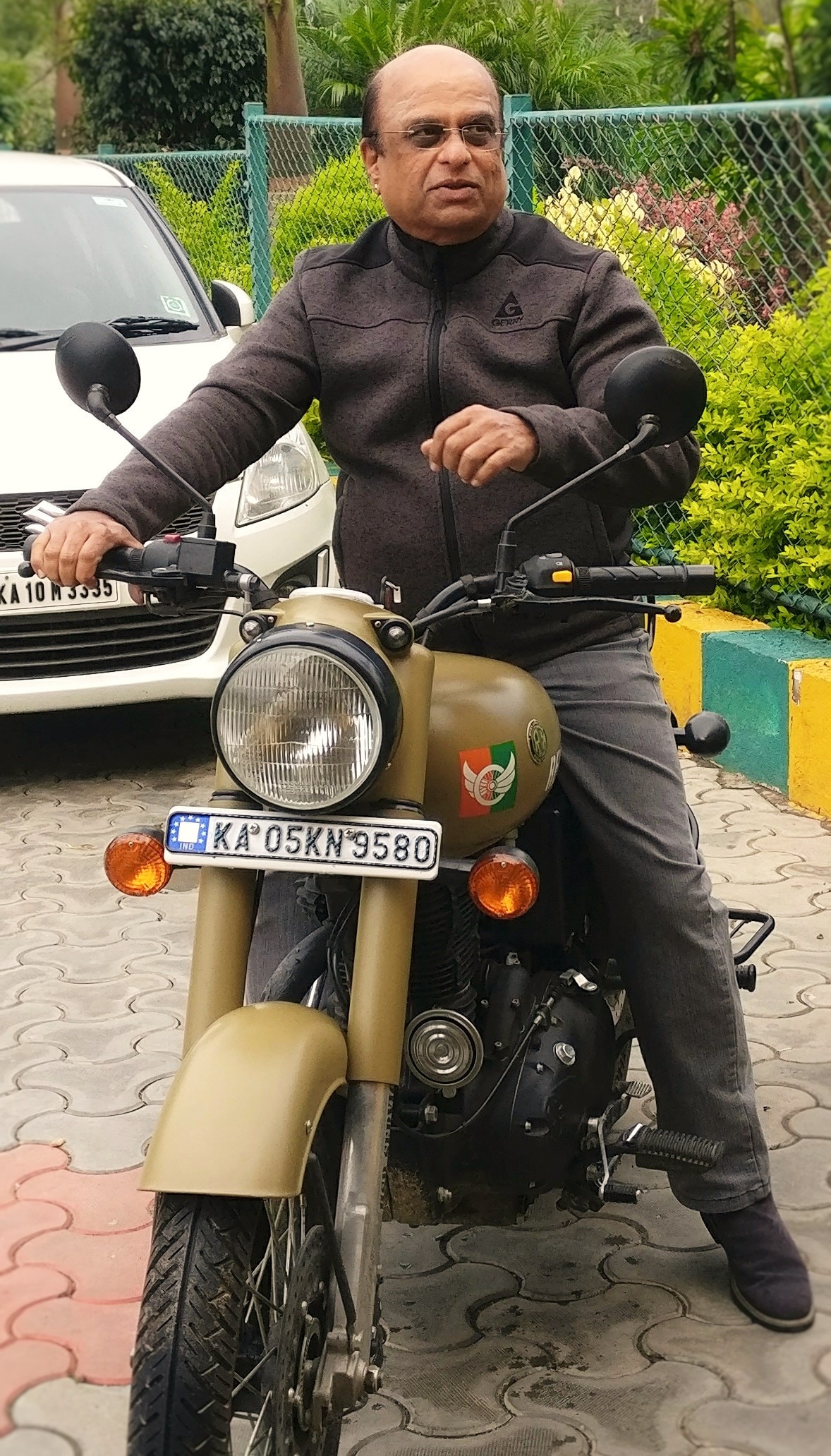 HONEYMOON WITH MY CLASSIC SIGNALS 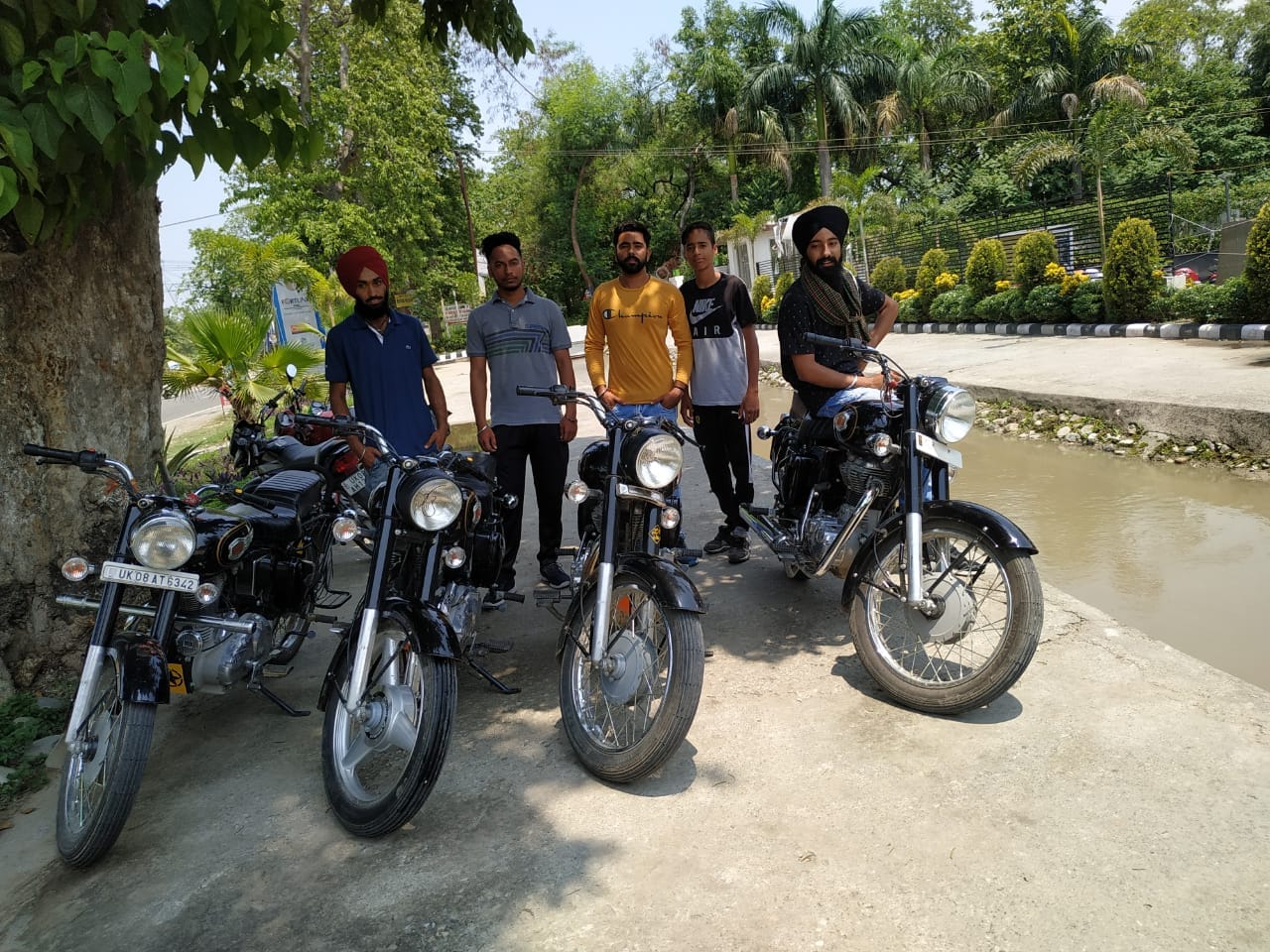 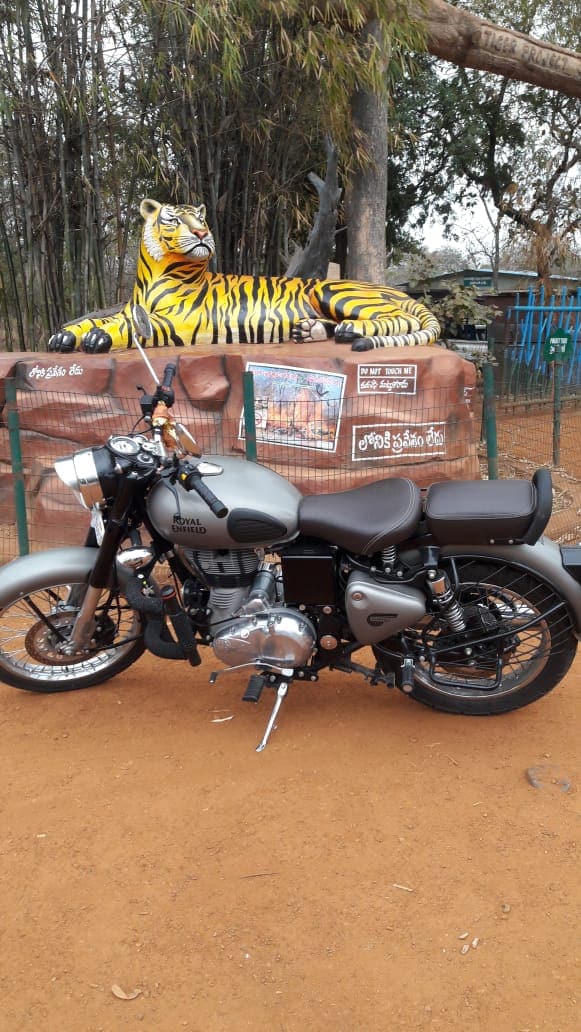 Journey to Srisailam through Nallamala Forest in a day White Out Day 7 - Ride WIth Raj 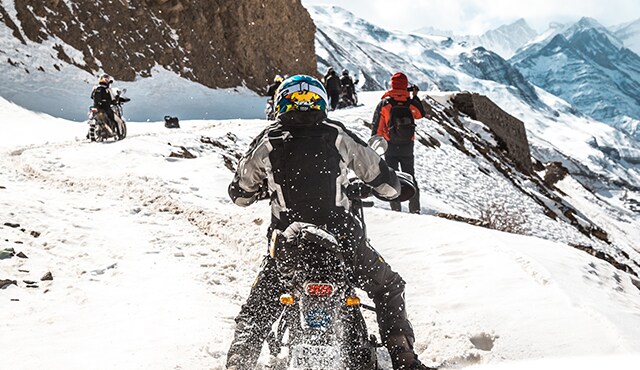 The one with the Sunset