On day one, while the promise of a sunny day was still on the lips of the early bright, a select bunch of riders were fussing about their Royal Enfields in London, champing at the bit to unleash their horses at the seductive curves of the Box Hill ascent and beyond, to the traditional Rocker destination of Brighton and then onwards to the Goodwood venue. At the venue itself, finishing touches were being given to the two Royal Enfield marquees—one a ‘60s replica of a motorcycle dealership on ‘High Street’ and the Royal Enfield Café on the bustling ‘Over the Road’ enclosure. There was privileged exclusive parking for Royal Enfields next to the Café, a no mean feat given the peculiar segregation at the Goodwood Revival—the more modern the vehicle you arrive in, the further you park!

So every year, come September, Royal Enfield zips into its collective leathers and rocks down to Goodwood along with hundreds of thousands of devotees for a weekend of period perfect theatre and historic motor racing to pay homage to the wonderfully evocative era of 1950s and 1960s where machines were built to be fast and to look achingly beautiful at the same time. At Goodwood, you come for the racing, but you stay for the style.

On the road, the closer one gets to Goodwood, on what turned out to be a gloriously sunny September day, the amount of tweed —the gentleman’s sporting fabric--and the number of hats begin to proliferate. From the moment you walk through the Revival gates, you find yourself in a time warp, a recreation of Britain in the Forties, Fifties and Sixties. As part of the anniversary celebrations at Goodwood of 50 years since ‘Youthquake’ and the surge in popularity of the miniskirt, beguiling lookalikes of 1960s icons like Twiggy and Jean Shrimpton roam around; and you could be mistaken that there is war on with the popularity of WW2 military costumes on parade in the gigantic catwalk that the Revival becomes for three glorious days.

The Royal Enfield replica dealership blends in perfectly in this cultural milieu with its fat-serif exterior signage typeface—“Royal Enfield Made Like A Gun”—while inside famous Royal Enfield models like the ‘Big Head’ Fury, a 350 cc wartime WD/CO favoured by despatch riders, the 1965 250cc Continental GT that begat its modern-day 535cc avatar in 2013, all jostle for space and attention. The walls are adorned with 1960s advertising posters, while on the other side a 1949 Model G is being given a live ‘sympathetic’ restoration by master mechanic Rod Geskell. Over the Road, at the Café hundreds descend to quell their breakfast pangs while going over our apparel for the modern day motorcyclist, on and off the motorcycle.

Meanwhile at the racetrack, machines are racing wheel to wheel to capture the day’s honour, some to capture pole position for tomorrow’s races and some just to satisfy a deep atavistic urge to belong to this tribe. The arrival of the six flashes of blue-with-white-stripes proves to be a pinch-yourself moment as all six Shelby Daytona Coupes ever made are now here at Revival. Together. For the first time. Ever. The cars have arrived from all around the world: one from Japan, one from Argentina, one from Germany and three from North America. Incredibly in the 50 years since their inception they have never all been together before – and may never be again. And while the cars won’t be doing the near 200mph speeds they achieved in their heyday on the Mulsanne Straight at Le Mans, the drivers promise they won’t be hanging around and this car has won the Le Mans 24 Hours and the World Sportscar Championship.

There’s a dream grid for the heats of the Barry Sheene Memorial for 1962-66 bikes where a lone MV Augusta 500 is pitted against a sea of Norton Max 500s. On the last lap, the MV is shaded by a Norton by mere hundredths of a second and tomorrow is going to be a fantastic race. Meanwhile, a pair of Spitfires has been doing low flying rounds overhead turning a lot of heads and drawing out phone cameras from people who are otherwise trying hard to not betray their modern-day vintage. The absolutely clear blue skies and cheerful sunshine overhead, make for great sorties by the screaming Spitfires and the great, roaring bombers.

So what will tomorrow bring? But then why worry, tomorrow is yesterday at the Revival Watch this space 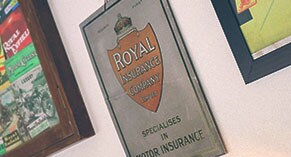 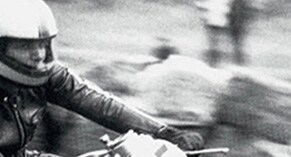 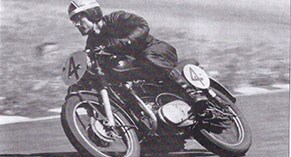