To the amusement of onlookers, Barry Smith pushes his 500cc Model G through the severe winter floods of 1949 on his way to work at the Redditch Royal Enfield factory. Resilience isn’t just a hallmark of Enfield but also the people who made them. Barry was the son of Managing Director, Major Frank Walker Smith, and grandson of Royal Enfield co-founder, designer and Managing Director, Bob Walker Smith. 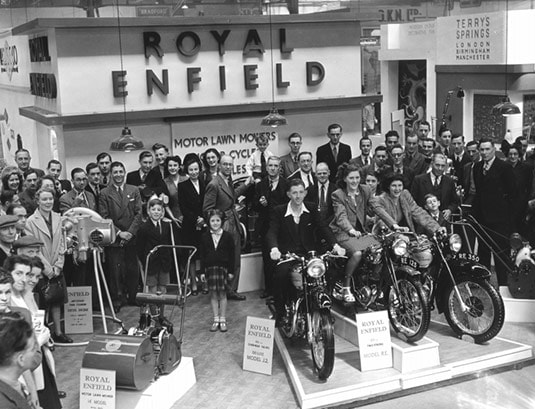