The Motorcycle that Changed Motorcycling

Launched in 1948, the groundbreaking 350cc trials Bullet was the first production motorcycle to feature swinging arm suspension. Two years later, a precociously talented 18-year-old joined Royal Enfield. John Victor Brittain, universally known as Johnny Brittain, was to become its star rider. Click to watch the interview about the legend with the motorcycle historian Gordon G. May.

Inspired by Johnny Brittain’s champion Bullet and the Royal Enfield Factory Team’s tremendous success at the International Six Days’ Trials, the Bullet Trials Works Replica is an homage to a motorcycling legend.

Raised handlebar reinforced with a steel crossbar provides for a commanding and comfortable riding position across riding situations whether standing or sitting.

Traction Where you need it

Block-tread pattern on/off road tyres work in tandem with the dual-channel ABS to provide all the grip and stopping power you need across terrains.

An up-swept silencer design ensures nothing comes in your way, specially through those deep water crossings.

Carry Everything you need

With a bespoke rear luggage rack with 15kg capacity, the Bullet Trials Works Replica comes provisioned for anything that you may need on the road less taken.

Steady as you Go

Purpose-built mudguards help you get through that slush while a new fork brace ensures a more stable ride across any situation. 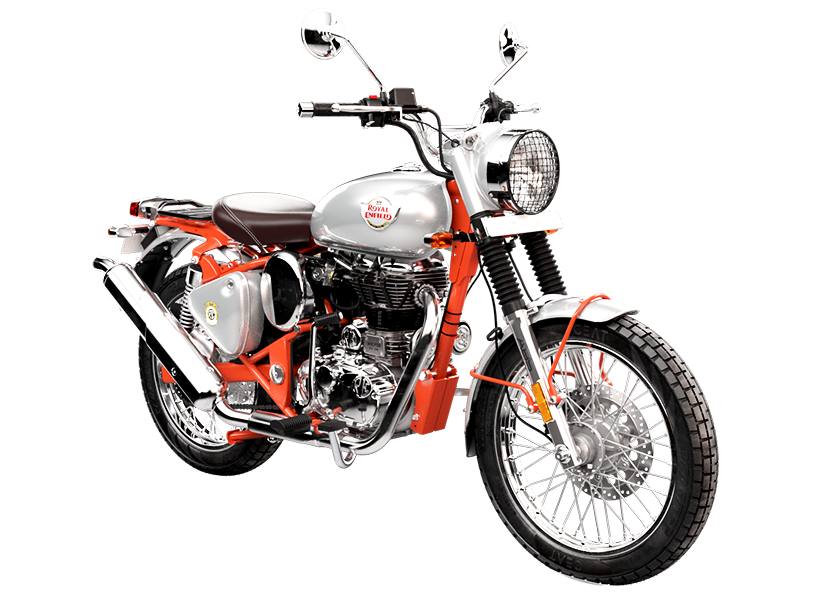 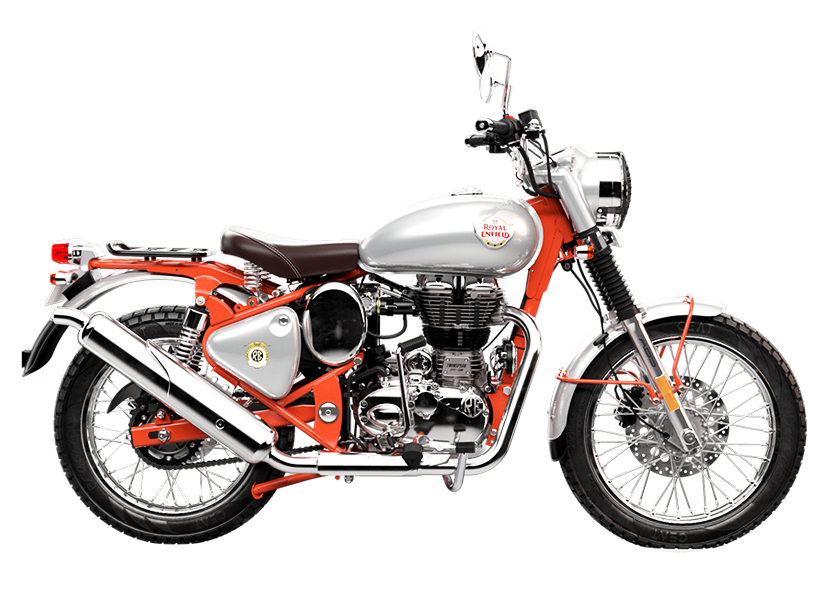 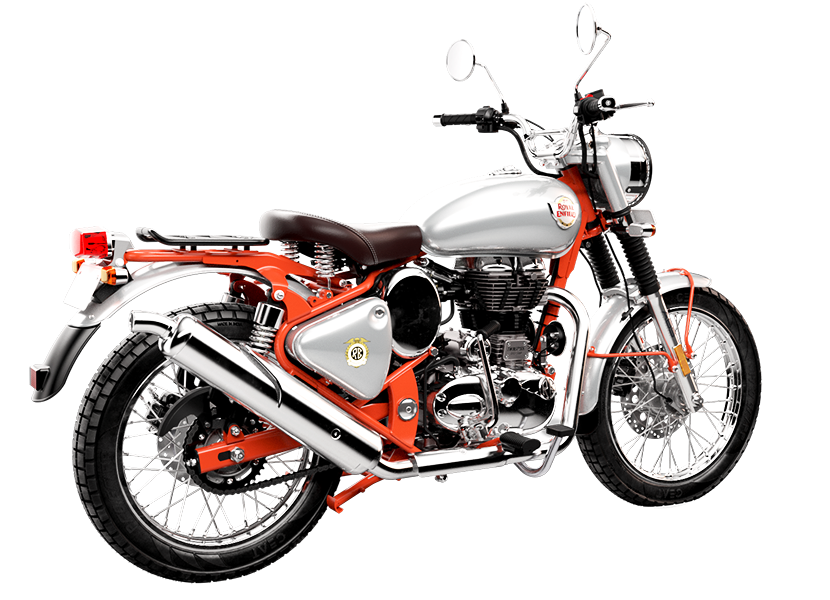 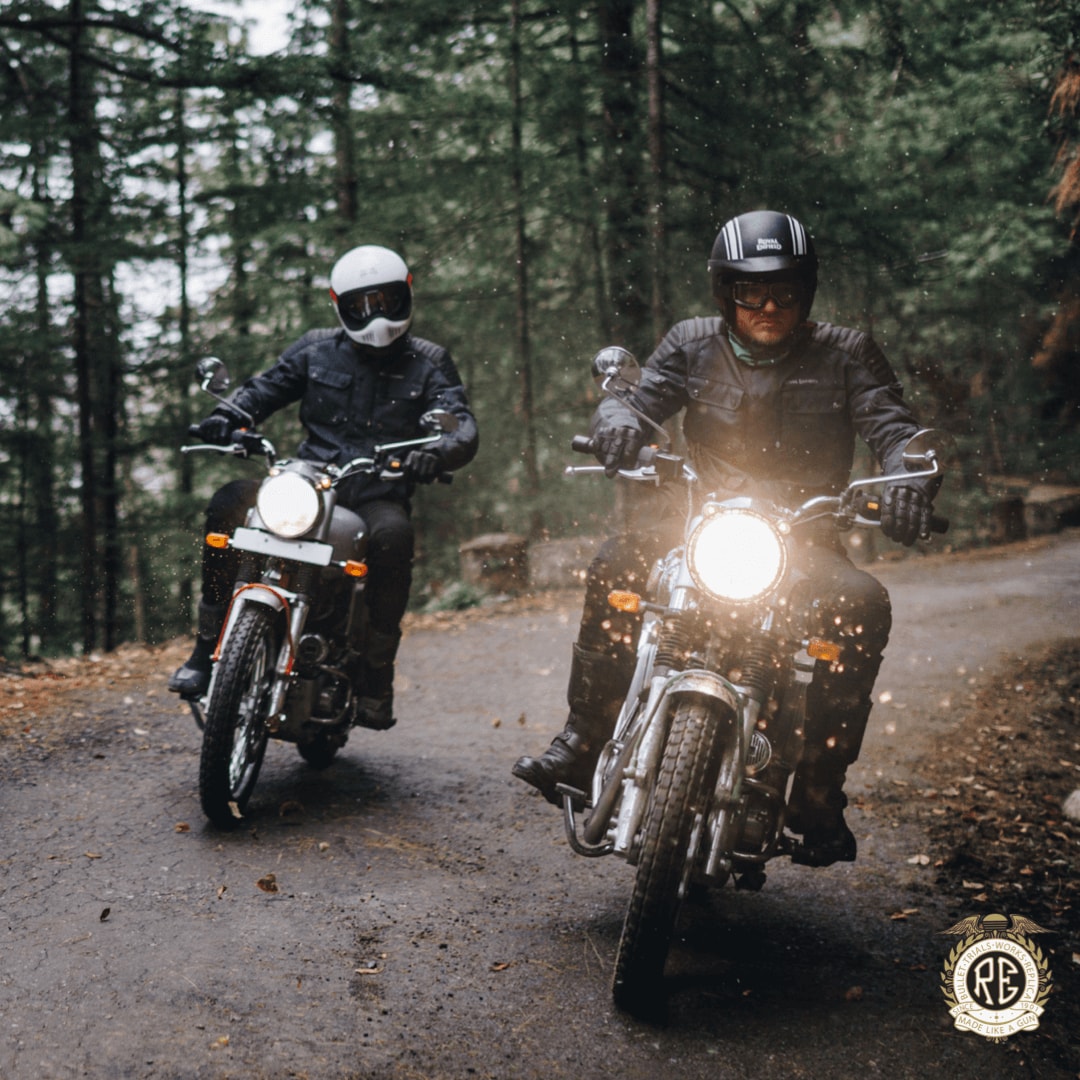 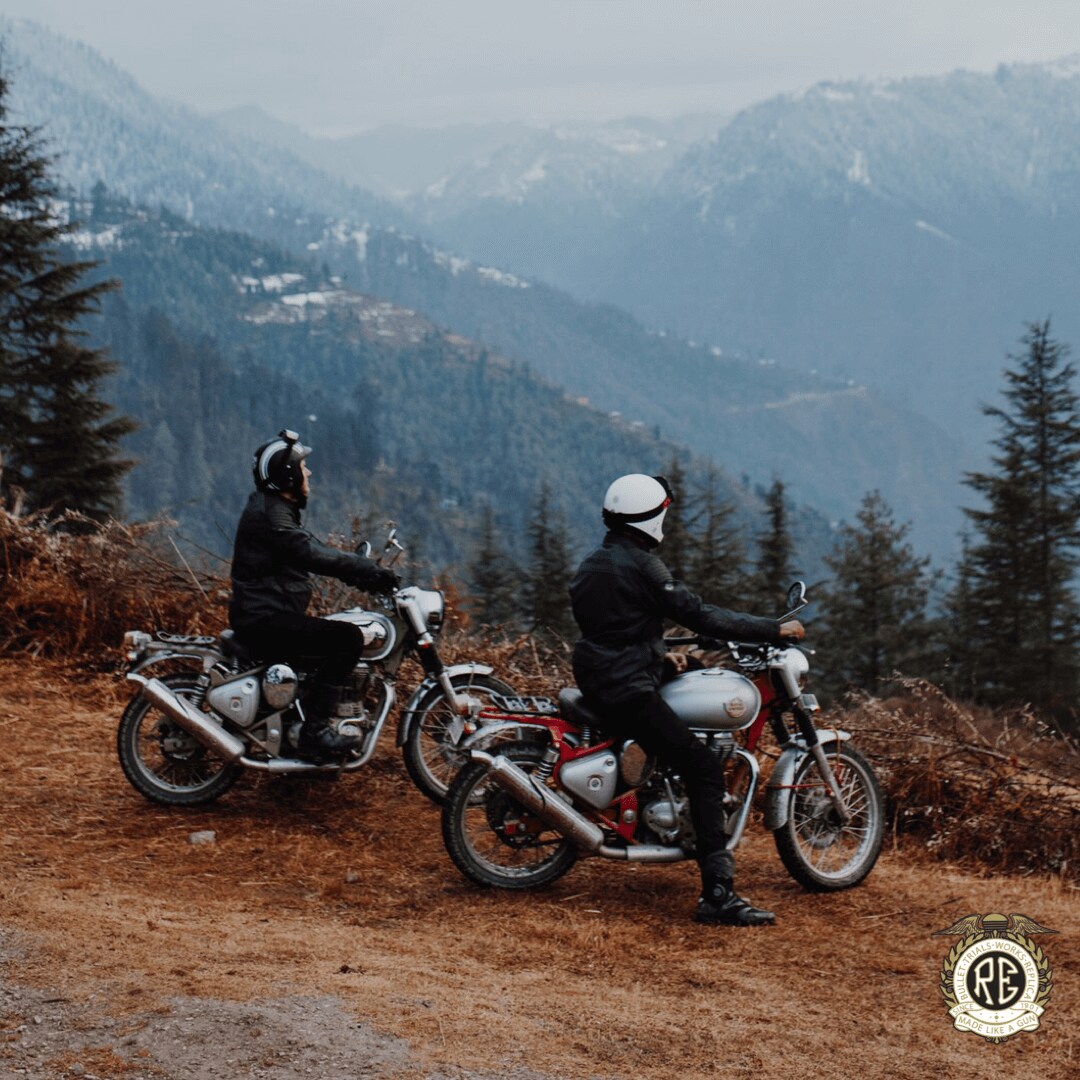 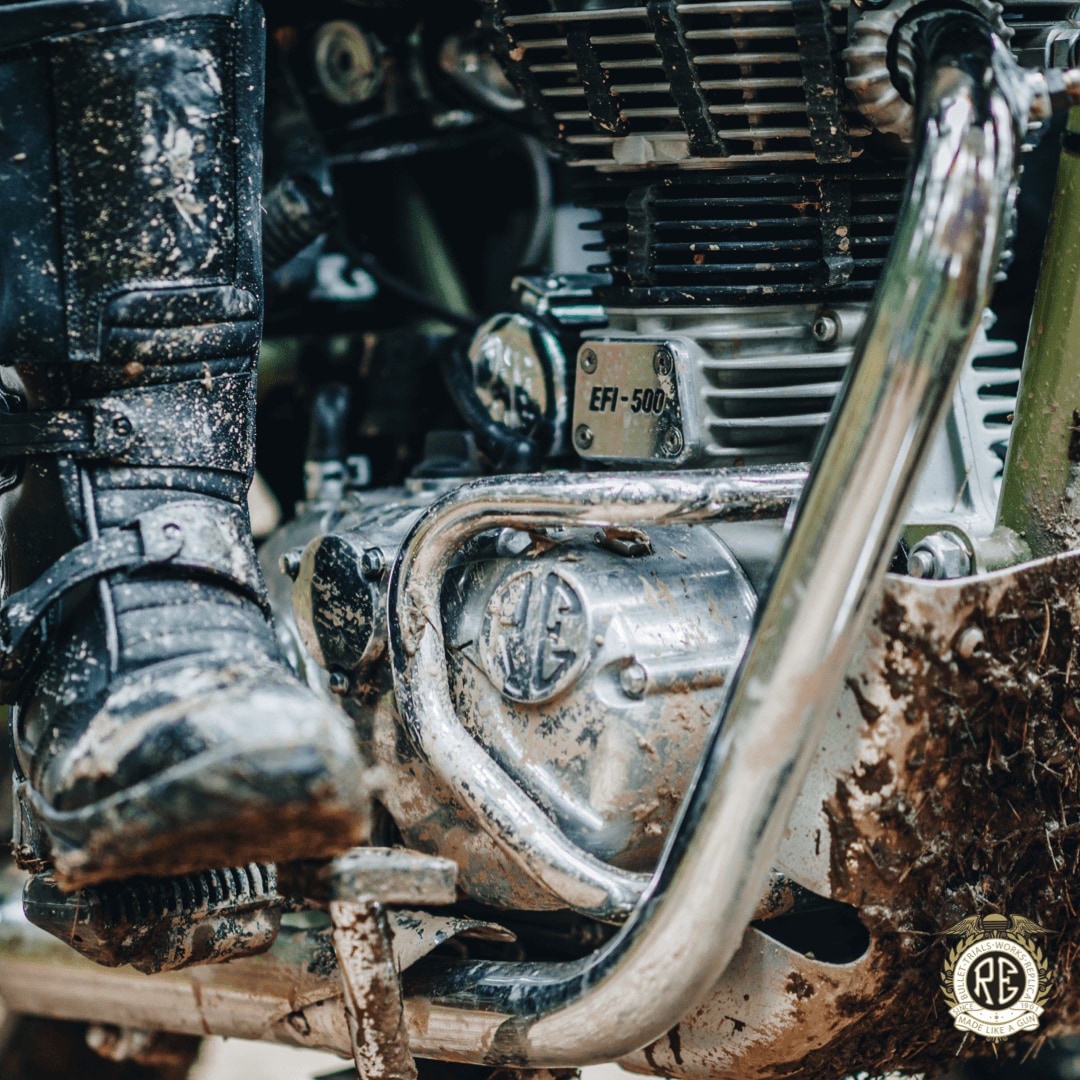